Silver spoons are on my mind.  I’ve just taken down the kitchen Christmas tree (the longest a tree has ever remained!!!).

Looking at all these spoons and thinking about the family stories they have to tell….

……I can’t believe it is my turn already!!!  I am now the grandmother with the young granddaughter who will someday use the silver previously passed down to me.  How well I remember my grandmother, Lena, explaining the provenance of teaspoon, demitasse or souvenir spoon; names, initials, dates and places engraved on some, and the story behind others.  Her words are etched in my memory as surely as the engravings on the silver. 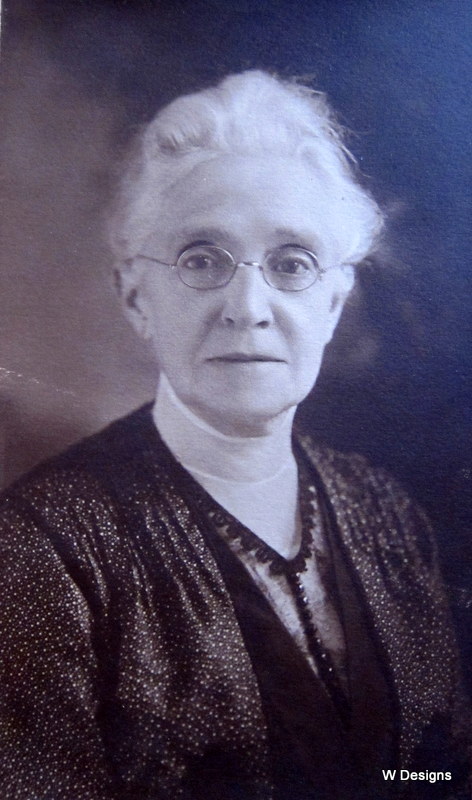 my great grandmother after whom I am named. 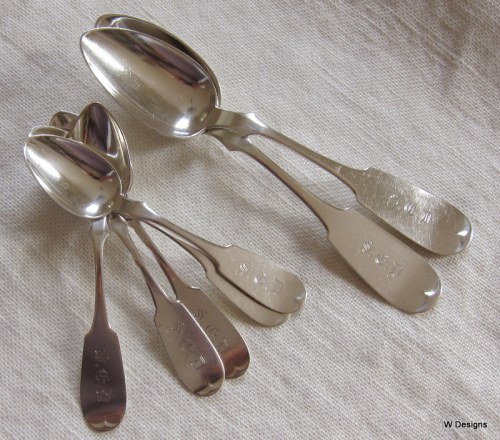 Lena may have received this spoon to commemorate her eighteen birthday in 1908.

The following year she was married to George Wallingford Downs.

Quoting Lena from a note she left with this hammered sterling sugar spoon:

My sugar spoon given to me as a wedding present – by Edith Goodwin.  1909  LMD

Lena took her maiden name, Miller, as a middle name when she married.  Her mother,

passed this set of teaspoons on to her only daughter, Lena. 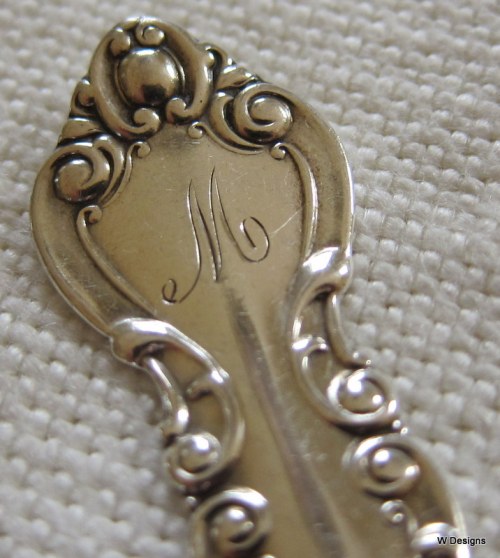 My father’s baby teeth marks in the bowl of one of the spoons.

Mary Elizabeth Judd Miller also passed her mother’s serving spoon (one of six) on to Lena,

the other five given, one each, to Lena’s five brothers: 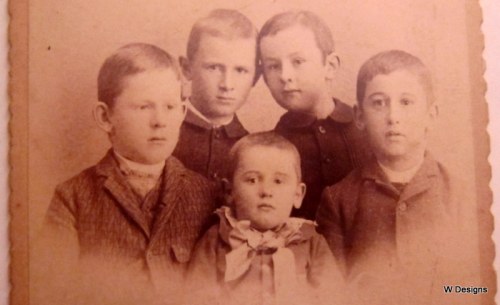 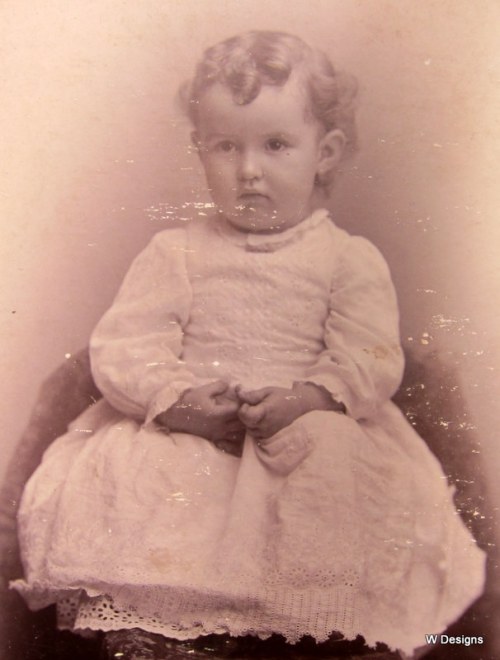 and this is just the beginning…..