Tales of the silver napkin rings

As with silver spoons handed down in my family, napkin rings also have stories to tell.  Some are quite straight forward: 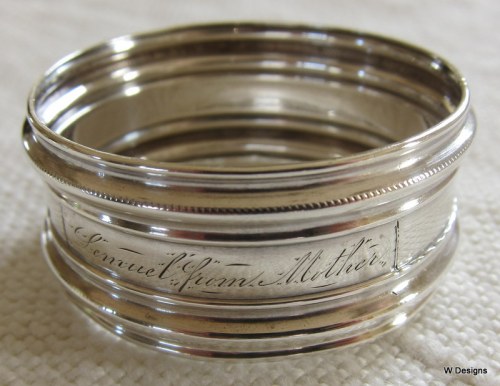 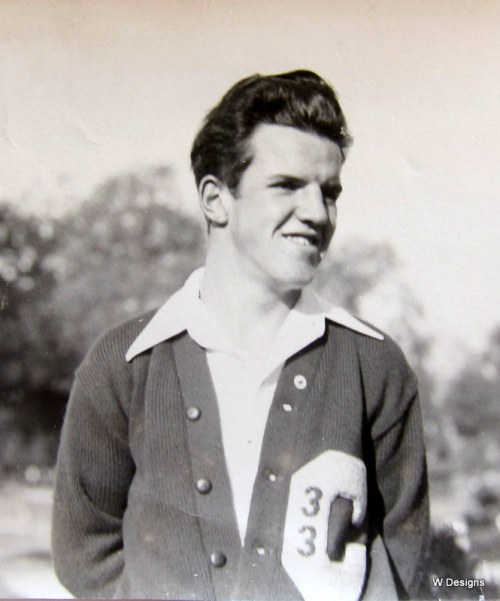 Others have a back-story: 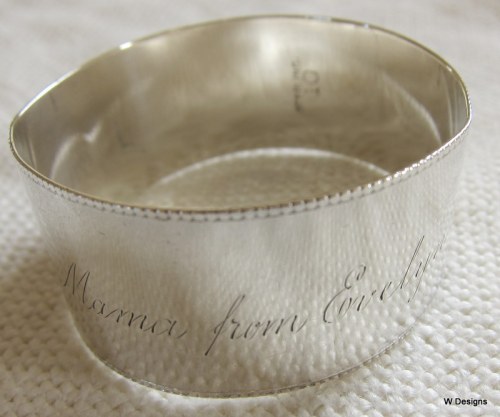 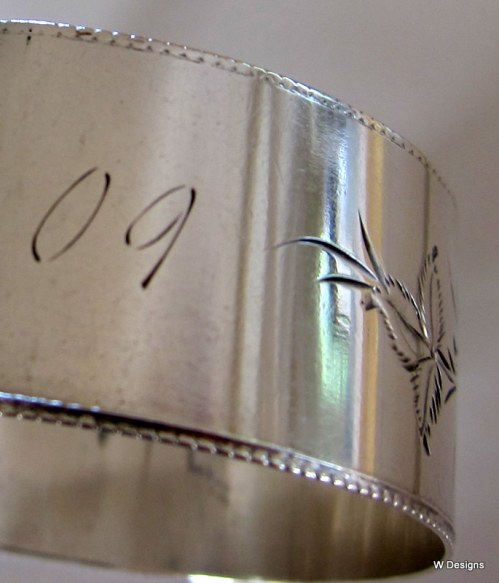 ‘Mama’ refers to Lena, my grandmother, married to my grandfather George Wallingford Downs in in 1909.  Lena was 19; George at 35, a widower with an 8 year old daughter, Evelyn.  The hope for relationship expressed in the engraving was not to be.  Evelyn was soon sent to boarding school; Lena and George went on to have 3 sons.  The oldest, George Jr., had no children, my father only one daughter, and his younger brother, Bernard died in infancy.
Evelyn married and had four children.  Lena, to the end of her days, only claimed two sons and one granddaughter.  She was never ‘Mama’ to Evelyn.

This napkin ring does not so much tell its own story, as gives confirmation of the one just told.  Indeed, I was named for the Susan of the napkin ring, so it seems to logically follow that it would come to me…..eventually.  Nineteen years would pass between Susan’s death and my birth.  I would think that it might have been passed first during that time to Evelyn from her grandmother.  Instead, it came to me directly from Lena……

Do you have family treasures with stories to tell???  Perhaps you have not yet listened……………

3 responses to “Tales of the silver napkin rings”