As life races on at lightning speed, reflecting on the past quiets the soul.  Blessed to have the opportunity to actively participate in the lives of my grandchildren, I find myself often thinking of my maternal grandparents….grandparents I never met.

My grandfather – Pietro Cresto – born in Castellamonte, in the Piedmont region of what is now northern Italy in 1858. 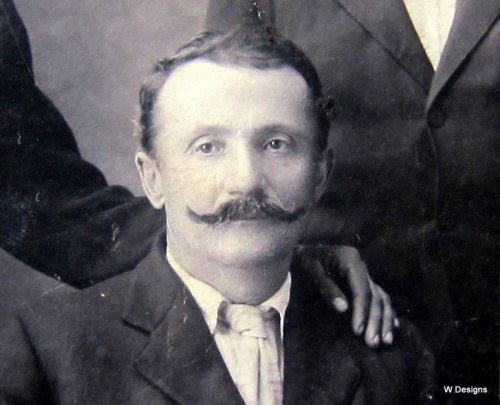 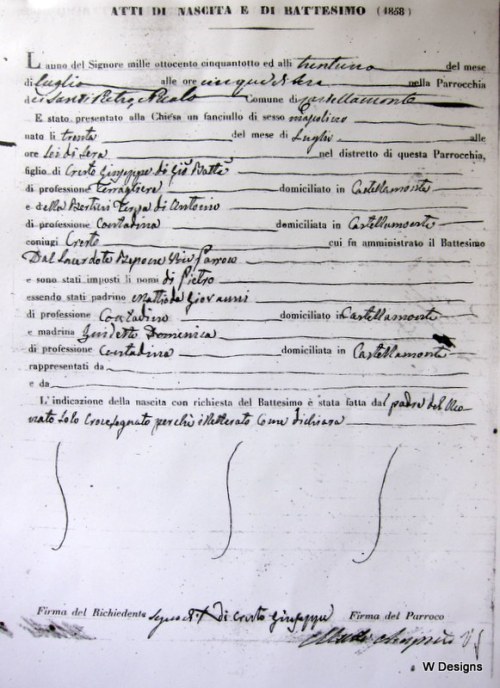 A man of the ‘terra’, he worked as a potter – terragliere.

His hobby was music, his instrument of choice the cornet.  While stationed in Milano during his military service, he was a member of the regiment’s band, and was often asked to fill in at the La Scala Opera House when the orchestra needed extra musicians. 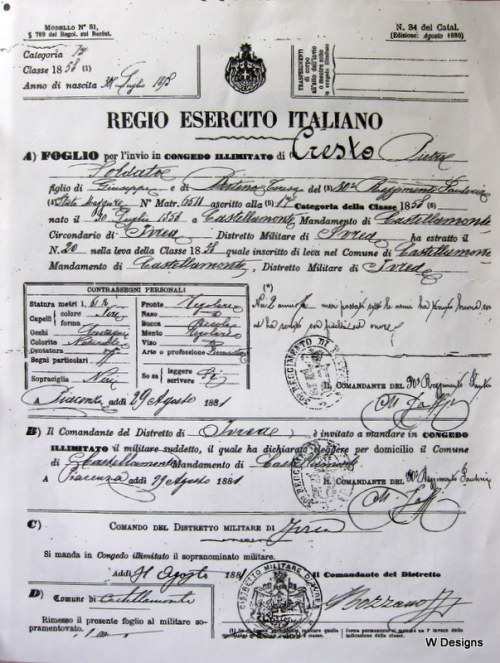 Pietro came to America in the early 1880’s settling briefly in Kansas, and then moving on to Colorado.  In Rockvale,  he worked in the coal mine – another iteration of a man of the ‘terra’.

After loosing his first wife and a son, he and his second wife raised seven children – ‘his and theirs’, 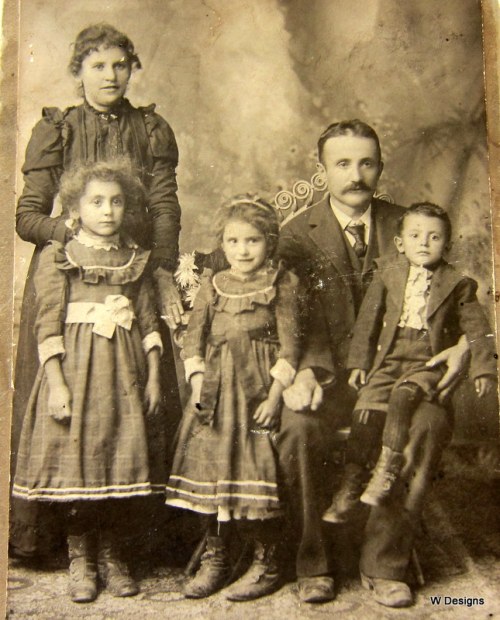 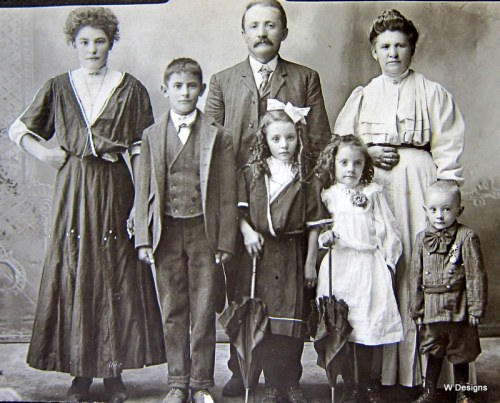 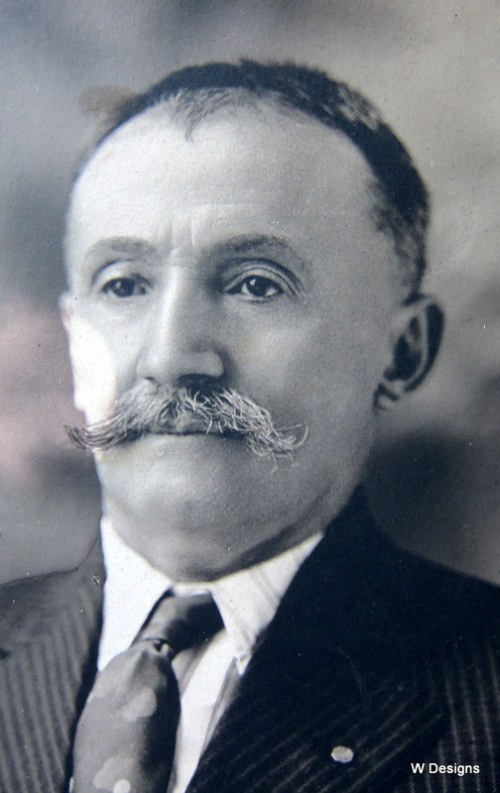 and participated in the life of the town. 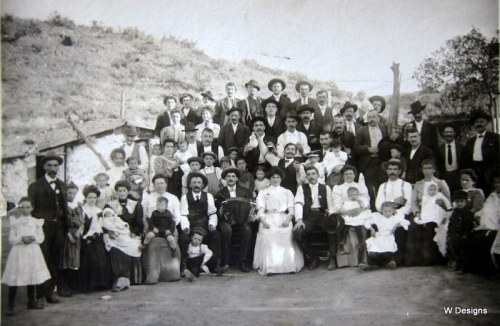 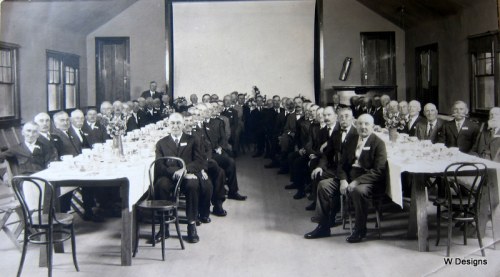 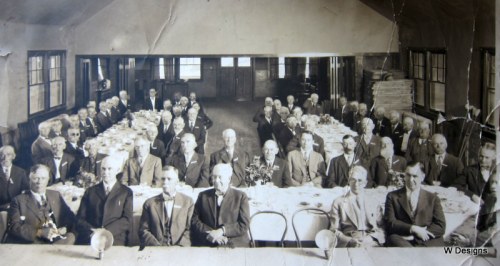 He continued to play his cornet, teaching his son Achille to play, 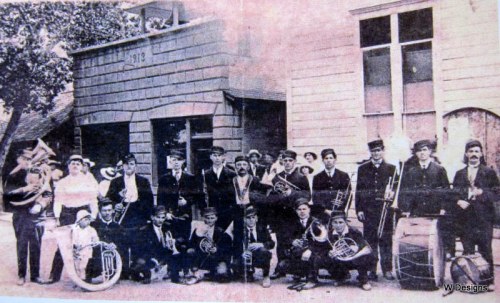 and entertaining his family from memory with selections from the operas he had played at La Scala.

He and Marianna grew old together, 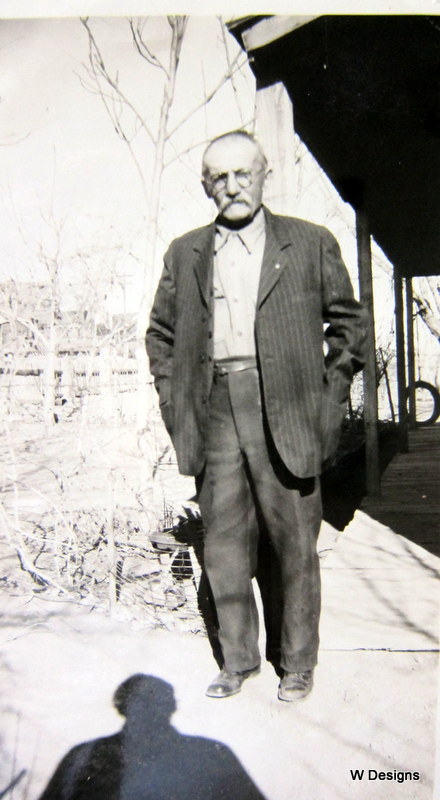 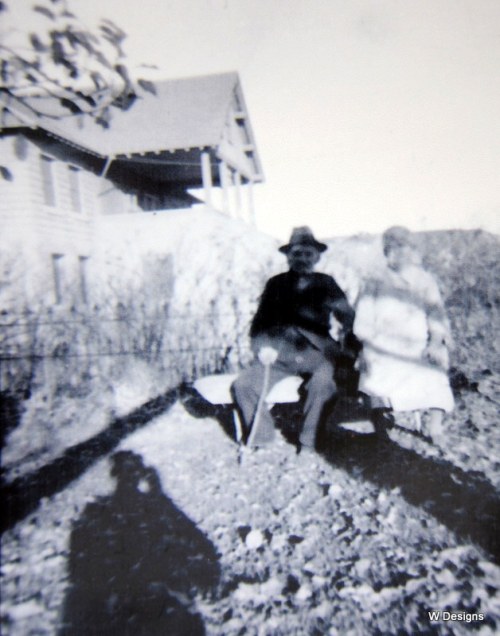 and died within a year of each other. 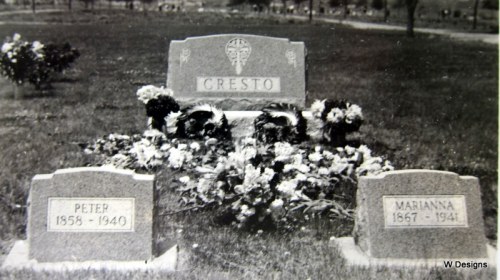 Although we never met, I experience his presence today.  I see his face reflected in those of cousins who inherited his handsome Roman nose, I hear the echoes of his musicality from gifted cousins, and I feel the pull of the earth and its provision for us in my bones.

One response to “Italian Heritage – part 1”